Stuart Radford, Executive Creative Director, and Katherina Tudball, Creative Director, Superunion London, talk to Cannes Lions, as part of the LIONS Decoded series, to share behind-the-scenes stories, exclusive insights, and high-level learnings on how to create Unforgettable Ideas. With examples from the likes of London Symphony Orchestra, BBC Two and Shakespeare’s Globe, they share their top five tips to creating unforgettable work. From making bravery a must, not an option, to questioning everything – even the basics – they decode the process to creating our award-winning work.

LIONS Decoded is a one-day broadcast of live and on-demand content and insights, sharing strategies and processes for success to uncover what it truly takes to win a Lion.

Stuart Radford (SR): Every brand agency worth its salt strives to produce great ideas. But how often do you see work that’s genuinely original, breaks convention, to be truly unforgettable? Not often, and for good reason.

Katherina Tudball (KT): Creation of unforgettable work is a process, and great work comes from the best out of every stage and opportunity within that journey. We’re going to draw on our experience of creating award-winning work for the likes of BBC Two, Shakespeare’s Globe and London Symphony Orchestra to share five practical tips that will help to foster the right conditions to create unforgettable work.

TIP #1 MAKE BRAVERY A MUST, NOT AN OPTION

SR: As designers, we are naturally motivated to push our ideas and thinking to create work that’s different and unfamiliar.

Visual audits can also provide a powerful insight and the motivation to break with sector norms to create braver and more original work. Take our work with London Symphony Orchestra for example. The LSO wanted to evolve its previous identity to reflect Sir Simon Rattle’s appointment in a way that would resonate with new and younger audiences. A visual audit of the sector revealed two things: One; most of London's orchestras, including LSO, represented the experience of classical music in the same way. Static images of conductors, musicians and traditional music halls. Two; this representation was a barrier to newer, younger audiences, as it reinforced their negative, elitist, boring perceptions of the music. This simple yet fundamental insight provided the motivation and justification to create a progressive and original identity for the orchestra, one that broke nearly all of the conventions of how classical music brands capture and reflect the experience.

TIP #2 QUESTION EVERYTHING – EVEN THE BASICS.

KT: When it comes to design, there are some tried and tested rules that we all rarely question. This tip for creating memorable work is to challenge the rules, even the fundamentals that are so professionally ingrained and accepted that we hardly notice them enough to question them.

Our work for Shakespeare's Globe broke all the rules, but for one good reason: At the heart of the organisation was the founding idea of a radical theatrical experiment, an idea that we embraced as a guide for all our design decisions. The Globe's experience is alive with messy, visceral, emotional humanity. A minimal modernist corporate identity would not express this, which gave us licence to reappraise all the usual assumptions about good brand design.

Instead of one specific corporate shade of red, we had ten official shades. And even for the basic colours of black and white, we allowed five shades of each. We allowed headline typography to constantly change, with literally any style allowed. Instead of a fixed logo position, the logo moved around the page, allowing scaling and cropping, overlapping and interaction. We allowed for all sorts of imagery variation. And rather than strictly consistent layout principles, we allowed 20 different angles and energetic layouts. By staying true to one idea, you can reconsider the established rules throughout your own lens and identify which ones could be challenged to really support your concept.

Creation of unforgettable work is a process, and great work comes from the best out of every stage and opportunity within that journey.”

KT: This tip will help you give your ideas the space to grow without being killed or compromised by technical parameters. Our rebrand for UK TV channel BBC Two was a collaboration with BBC Creative and together we fostered the right conditions for an ambitious concept to flourish.

SR: First, we collectively committed to the creative ambition for the project with all our stakeholders - BBC Creative, Marketing, the Channel’s Controller and his team. We agreed to focus on creating an original and progressive new identity for BBC Two, meaning that during our creative concept stage, there'll be no expectations on how the idea might work from a technical broadcast point of view.

KT: Secondly, if you want your clients and stakeholders to park their concerns about the practicalities, they need to know when those issues will be addressed. At the outset, we shared a clear, structured creative process that detailed the various stages, including when we would deal with the technical parameters. This approach gave us the opportunity to seek out the most original and compelling idea. To execute our chosen concept, we proposed to remove all hard cuts from the ad break and instead see content morph and melt into graphics and typography.

SR: After at least four attempts to remove hard cuts, we soon discovered that this was almost technically impossible. But we persisted, and we found a way for the idea to work within the technical parameters, ironically, by embracing the hard cuts.

TIP #4 DON’T BE AFRAID OF THE OBVIOUS

SR: The irony of how obvious this tip might seem, has not been lost on us. But the fear of an idea being too obvious is a natural outcome of striving to do the best work you can, the pressure can lead us to overlook an obvious and brilliant starting point. Let’s take some learnings from a project where we started with what we thought was an obvious idea - SIM-only, low-budget brand, called Clear Mobile. Tight timings meant we were forced to make quick, intuitive decisions. So we embraced an obvious idea, and built on what we felt was good about it. Had we had more time, we could have overthought and overcomplicated it, leaving behind an obvious and strong idea. Too much time isn’t always a good thing.

Have the confidence to go with your gut instinct and embrace the obvious. It’s not always easy. Ideas have a job to do, so support your gut feeling with some rational questions: Will it communicate the right message? Will it do so in a compelling way? Will it differentiate? Will it be unique? If it’s starting to tick these boxes - and from a gut point of view, it feels good – then it’s got to be an idea worth taking forward.

Finally, it’s about what you do with an idea that matters, because no idea is born perfect. It’s a journey of decisions throughout the design process that must stay true to the original idea.

TIP #5 CRAFT IT FROM GOOD TO GREAT

KT: Extreme commitment to craft can elevate a familiar idea. True originality is pretty rare, and you don’t have to be totally original to be memorable. The world is already full of visual language that works. Symbols, signifiers and constructs that are widely understood. Things that might not be new but are effective and satisfying if done well. But you can take a technique that isn’t original and make it unforgettable - through craft. One recent project we admire immediately came to mind – an ad for Nike called ‘You can’t stop us’, by Wieden+Kennedy Portland, that came out in 2020.

We have seen the split screen method employed countless times, in visual storytelling to express the idea of connections. It’s easy to see how Wieden+Kennedy arrived at this approach, to talk about unity during the COVID pandemic. Using archive footage, the idea cleverly combines two disparate sporting moments from different times, to create a seamless single moving image. What makes this version of the technique so special is its absolute commitment to crafting the edit. It is a real masterclass with 24 sports represented and 53 athletes featured. It was developed through research of more than 4000 pieces of footage, to find 900 matching pairs, with only 72 of those action sequences making the final cut of 36 scenes.

It’s the craft that makes this so memorable. This feels like an original and sets a new bar, making it very difficult for anyone else to use this technique without being instantly compared.

So, if the appropriate solution isn’t completely new, remember that it’s possible through craft to create the most unforgettable version of an established approach.

Heineken One in a Billion 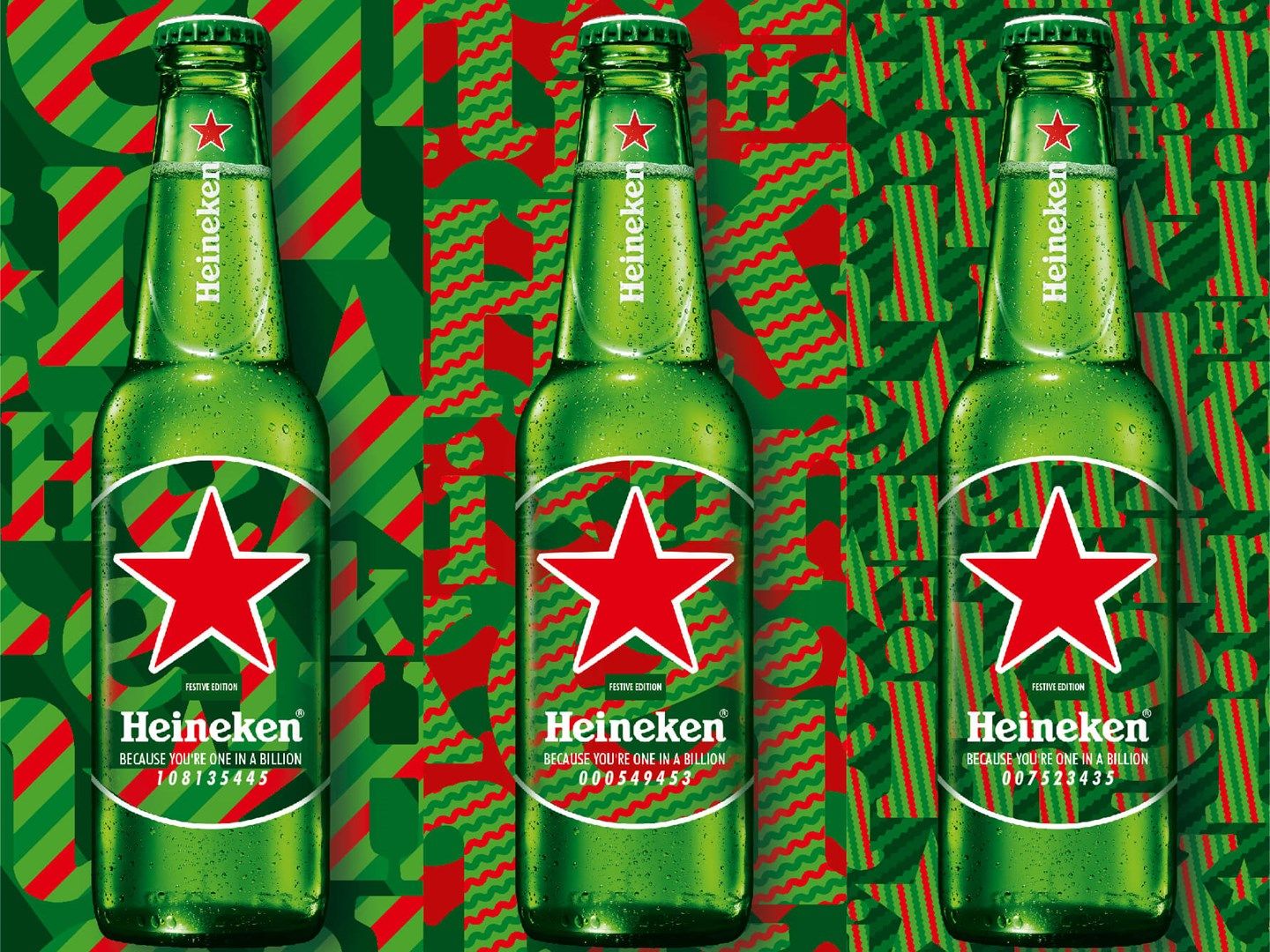